Today is a bonus story because…I was inspired. I have been reading the Game Changer series by Rachel Reid. Which means I cannot, in particular, stop thinking about sexy Russian hockey players. Usually this is an urge that only over takes me during Winter Olympics seasons. Sigh.

I’m still working on a continuation here, but here’s today’s work as a bonus. I’ll still do a brief Prompt pull today too, though I may not post it until tomorrow. Enjoy!

Dr. Rick Hardt stared, aghast, at the television screen mounted in his little back-hall clinic at the Winnipeg Arena. It had been a quiet game until thirty seconds ago, when the Winnipeg Freeze’s main defenseman took a stick to the face. He grunted, watching the reply as the door to the clinic burst open and the man himself strode in.

Rick felt his stomach dip. He knew the big –no, not big, giant, Russian was saying “sweet hardt”, a play on his name. But every time it came out of his mouth, just his, the doc had a hard time not taking it differently. Since he’d become the team doctor, two years before, Yosef Stanislovski had gotten the entire team to call him Sweet Hardt.

“I thought you were going to behave today,” Rick turned to the man. Blood was still streaming steadily from his nose. “You said to that Minnesota wasn’t worth your blood.”

“They aren’t, but that assho—”

“Stop talking and sit down.”

“Of course, Sweetheart. Whatever you say.”

Rick’s lips pressed into a thin line as he turned to pick up a pair of nitril gloves and begin examining Yosef’s nose. Then, he’d clean up he’d clean up the blood.

“Your hands are always so gentle,” Yosef’s tone was light. Playful almost. The way this thick accent wrapped around English made Rick’s cock harden. It didn’t matter what he was saying. If it was in that tone. That volume. Spoken so close to him, where he could feel the man’s breath on his skin…

“You’re always bossing me around.” Yosef frowned as Rick felt for new, or renewed breaks in his nose. “Of course, I like that kind of thing, but I prefer when you’re warmer about it.” He glanced up into the doc’s face. “You can’t really be mad that I took a stick to the face, Sweetheart?”

“Stop calling me that. Dr. Hardt, or fuck, Rick would be just fine.”

“I like calling you sweetheart. Your face goes all…” he had to pause, thinking of the word, “dreamy like.” His tongue brushed his top lip; almost as though he had forgotten about the blood. “It makes me want to, eh, wrap you up like a burrito and have my way with you.”

“I don’t think that means what you think it means,” Rick answered, stepping way. “Good news is, it isn’t broken. Let’s get your face cleaned up and I’ll give you an ice pack. Did Coach pull you?”

“He was…unspecific. There are only ten minutes of the game left. They will be fine without me, I think.” Yosef reached out for him. He was careful to use the non-bloodied hand to grab Rick’s wrist. “Sweetheart…Rick. You’re not really mad at me, are you?”

Rick sighed. “Why would I be mad at you, Stanislovski? You played a good game tonight. This,” he motioned at his face, “is nothing.”

“Is not nothing,” Yosef’s grip tightened. Rick felt the squeeze all the way to his center. “My face…will I still be beautiful?”

“Not for a couple of days,” Rick shook his head. “It’s going to bruise up real good.”

“Will you love me anyway?”

“Don’t what?” His eyebrow raised, perplexed. “Don’t tease you? Don’t be so charming? Don’t—”

“Don’t say shit like that here. We’re not alone. There are cameras.” Rick pulled his arm free. He’d let Yosef cling to him for too long. He prayed that security wasn’t paying any attention to them –just watching the game, like everyone else.

“Fuck the cameras. I love you.”

“The fuck you do.” Rick was surprised by his own snarl.

Yosef backed down. He put his hands on his thighs and waited patiently for Rick to come back with the warm towel and begin to, again so gently, wipe away the blood.

“It stopped bleeding,” the doc stated after a moment. “That’s good.”

Rick paused, looking down into Yosef’s face. When he’d first walked in, he had been cheerful and bright. Now, after being shot down and reminded of each of their place in the world, he had shuttered.

“I’m sorry. I am mad, but not at you,” Rick’s voice lowered. “I’m mad at…at this.” He rolled his eyes. He had to rinse out the towel; pink water swirling down the drain before he came back for pass number to.

“Partly,” he agreed. “Also just…I worry about you. About all of you, out there.”

“But mostly me.” A little glimmer of spark came back into Yosef’s eyes.

“I worry about you too,” Yosef said. “I worry every year, new rookies and trades come to the team. Maybe one will be younger and sexier than I am. They will steal your interest away from the big dumb Russian who can’t get enough of you.”

“Eh,” he furrowed his brow. “I am kind of dumb, Sweetheart.”

Rick was hyper aware of the camera poised over the room. He resisted looking up at it before turning Yosef, just slightly. He leaned down; the blood now wiped away, to press a kiss to the man’s lips. Though the blood was gone, traces of the metallic taste still stung at his tongue.

“You’re not,” he insisted. “Even if you were, you’re still everything to me.”

Yosef grinned. “Why do you make me have to pull such words out of you? All I ever want to hear from you is how you feel about me.”

Rick leaned back. “You know why.”

“Because I always want to hear it when you’re on the clock instead of when we are actually alone together?”

“Exactly.” Rick tossed the towel into the biohazard bin. He picked up the ice pack he had prepped before he’d started cleaning his face and handed it to him. “Come over tonight.”

“Come to my place tonight. After the game. We have tomorrow off.”

“Do I require extra doctoring, Sweetheart?”

Rick’s lips thinned into a bemused frown. “No, but I require a big dumb Russian in my bed.”

“I thought you said I wasn’t dumb.”

Yosef hummed with a smile. “Okay, but maybe you should come to mind, yah? Is bigger. More private.”

It was true. Yosef’s house, just outside of the city proper, did have slightly more privacy than Rick’s apartment.

“I look forward to it then.”

Yosef employed the same trick that Rick had, angling their bodies to shield their faces from the camera. Only for the briefest of moments would anyone suspect that they had kissed. 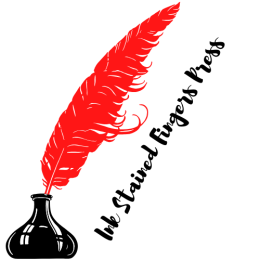